The seismic shift in home buyers’ priorities since the pandemic’s onset has led high-net-worth buyers from primary markets to secondary and tertiary markets, as they search for more space, access to nature, and lifestyle opportunities lacking in big cities. These markets are undergoing long-term transformations as a result, and luxury properties are expected to remain in high demand in these areas in the coming year, as prices begin to level off.

The pandemic sent house prices soaring in major economies around the world, but two sectors in particular saw an explosion of demand that is set to continue in 2022. “The first category was resort and second-home markets. The second category was luxury,” says Budge Huskey, president and CEO, Premier Sotheby’s International Realty in Florida and North Carolina. “In fact, last year and this year, the higher the price category, the higher the increase in the percentage of sales year over year.”

Areas such as Asheville in North Carolina, Naples and Sarasota on Florida’s Gulf Coast, and Vero, Jupiter, Ponte Vedra, and Amelia Island on Florida’s east coast, experienced a sales pattern consistent with secondary and resort markets across the U.S. “The growth in sales year over year was somewhere from 40% to as high as 80%, versus the national market, which went up on average about 20%,” Huskey says. Vacation-home sales rose by 16% from 2019 to 2020, according to a report from the U.S.’s National Association of Realtors, and by April 2021 sales were up by 33% over the past 12 months. 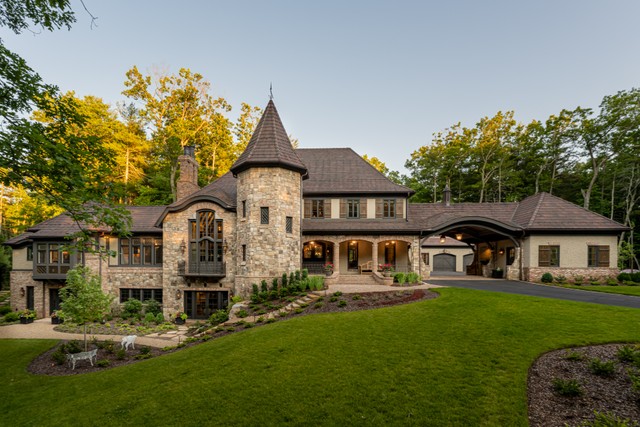 Significant price hikes also occurred in the high-end sector in other secondary and tertiary markets worldwide. In the Caribbean, prices have risen across the board, but “the higher the quality, the more price elasticity,” says Joe Zahm, president, Turks & Caicos Sotheby’s International Realty. The entire Caribbean has seen soaring demand, but Turks and Caicos in particular is benefiting from increased interest due to “ease of access and use, high quality, and low density,” he says. “We have reached a critical mass of high-net-worth demand that is unlikely to go away any time in the foreseeable future.”

Many high-net-worth buyers took advantage of work-from-home policies to downsize their homes in primary markets and set up year-round residences in secondary or resort areas. “Things were centrally reversed,” Huskey says, adding that many senior executives are registering their companies in Florida, enabling them to make it a permanent base.

“These second-home markets have now been exposed to an entirely new audience that they didn’t have before,” Huskey adds.

A five-bedroom home at The Strand Turks & Caicos

In Bend, Oregon, a seasonal town popular with skiers and hikers from San Francisco, Portland, and Seattle, the pandemic has also led to an influx of new year-round residents. “A lot of people who owned second homes just moved into them, or they sold them and upgraded to bigger homes,” says Deb Tebbs, founder and CEO, Cascade Sotheby’s International Realty in Oregon. “Areas that were primary vacation-home markets have now become primary-home markets,” she says, adding that the pattern in Bend, Oregon, has been mirrored in places including Jackson Hole in Wyoming and Bozeman in Montana.

Prices for high-end luxury homes in Bend have increased from an average of US$1 million, to more than US$2 million to US$3 million since the start of the pandemic. Although there was a slight softening of the market going into the final quarter of 2021, Tebbs says prices are unlikely to decrease in the coming year, as demand far outstrips supply.

In Florida, the pace of sales started to slow in the second half of 2021, but standing inventory remains in short supply, down to a month or less from a pre-pandemic average of six to 12 months. “We cannot keep pace with the level of buyer demand out there at the moment,” Huskey says. “I believe prices have been permanently reset. A lot of these markets were actually underpriced in the past, and they’re only now really reaching what I consider to be their potential value.”

The increased interest in secondary and tertiary markets has also led to some unexpected hotspots around the world. “This year, we have noticed an increase in demand for areas in and around the provinces of Lucca and Pisa. But Tuscany, in general, has seen a strong increase in requests,” says Diletta Giorgolo, head of residential, Italy Sotheby’s International Realty. “The same [goes] for the area of the Great Lakes, Lombardy, and for some southern Italian regions, especially Sicily and Apulia. Sicily, for example, has surprised us as one of the hottest and trendiest places throughout the country.”

The influx of new buyers has led to long-term transformations. “Certain areas in the Tuscan countryside will have changed notably, particularly in the case of the classic Tuscan Borgo being brought to life,” she says. “The influx of buyers has had a positive impact on the infrastructures and economy of many of these smaller towns and villages.”

In Florida and North Carolina, where land available for future construction is limited in many secondary and tertiary markets, developers and investors from across the U.S. have begun to outbid local firms for the chance to build high-end luxury properties. “They’re introducing far more expensive product than was ever seen in the community. Those products are selling and therefore pulling up values for all the other resale homes in the communities as well,” Huskey says.

The influx of new full-time residents has also improved local communities’ services and amenities, such as restaurants and retail outlets. “There are some permanent transformational aspects of the pandemic that will absolutely continue,” Huskey says. “Every one of these markets are now on their way from being secondary to primary markets.”

Is Crypto The Future For Real Estate?

The Case For Cozying Up With Digestifs This Winter