Mochi is a Japanese sweet rice dough, taken to a new delicious level when it’s wrapped around a ball of ice cream. Traditional flavors of the very snackable—and very chewy—frozen treats include green tea and red bean, as well as classics such as chocolate, strawberry, and vanilla. But if you’re feeling adventurous, here are five unusual mochi ice creams sure to wow.

While the Los Angeles-based company has over a dozen traditional and seasonal flavors available in grocery stores nationwide, the beloved campfire snack was reimagined as a mochi ice cream flavor to widen its appeal. “We always had the intention of bringing mochi to the masses,” says Russell Barnett, My/Mochi managing director and chief marketing officer. “And we did this by leading with heritage American-loved flavors.”

The frozen treat, which features a chocolate-flavored mochi with graham cracker ice cream and a marshmallow center, was introduced in July 2019 to coincide with National Ice Cream Day. Barnett says this mochi ice cream’s popularity with customers can be attributed to its “playful” texture, as well as S’mores’ ubiquity in American culture. 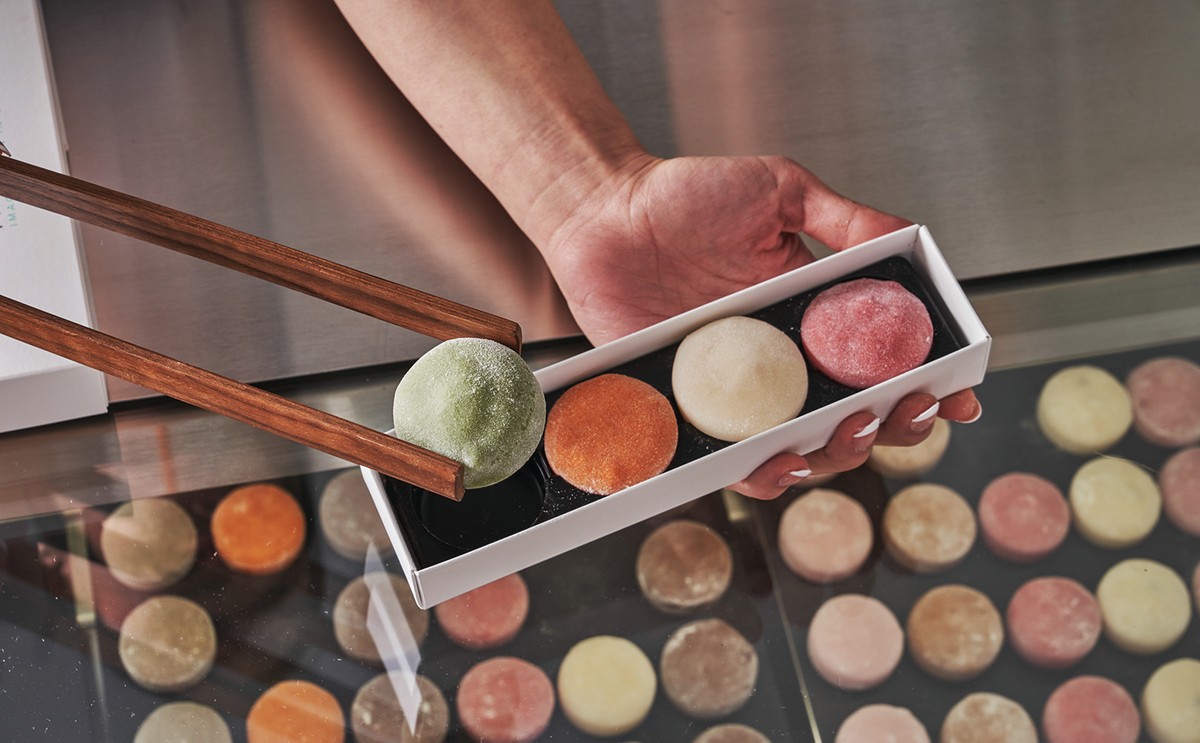 This Big Apple mochi ice creamery’s slogan is “imagination in every bite,” and that definitely applies to Mochidoki’s special fall flavors, including the Pumpkin & Cookies, which is mochi wrapped around pumpkin spice ice cream infused with chocolate and vanilla creme cookies. Founder Ken Gordon says he added the unusual flavor to the menu due to his customers’ request for a pumpkin-flavored mochi. “Pumpkin Spice is incredibly popular, but it’s definitely been overdone,” he says. “Our chef likes to experiment, and the idea of giving a beloved chocolate cookie flavor a spicy twist just resonated with us.”

If you’ve never heard of durian, it has the distinction of being known as the world’s smelliest fruit—in fact, it’s even been banned from Singapore’s public transit system. Famous for its overpowering odor, as well as its spiky exterior and hard-to-describe flavor, the fruit is beloved throughout Southeast Asia, including Malaysia.

Wall’s, the British frozen dessert brand, capitalized on its popularity by selling durian-flavored ice cream in Peninsular Malaysian 7-Eleven stores in early 2020. Advertisements for the treat described it as being made with “100% durian puree.”

If you ever wanted pancakes for dessert, this unique frozen treat might be a dream come true. Yukimi Daifuku is a popular Japanese mochi ice cream brand known for its nontraditional flavors. Introduced last spring, its mochi dough is maple flavored and filled with pancake-flavored ice cream as well as a maple syrup filling.

The Hawaiian-based brand introduced this popular cupcake flavor four years ago, after it had been a staple at Bubbies’ original incarnation as an ice cream shop. The frozen concoction, which is now available at grocery stores, features premium red velvet ice cream wrapped in “subtly sweet” mochi dough. And those who are health-conscious can feel free to partake of this dessert without guilt, according to Katie Cline, vice president of marketing at Bubbies Ice Cream.

“We aimed to recreate the rich and decadent flavor of this classic dessert using no artificial ingredients,” Cline says, “so people can truly feel good about this delicious mindful indulgence.” Not only is it non-GMO and gluten-free, it’s also made with kosher dairy and has only 90 calories per serving. 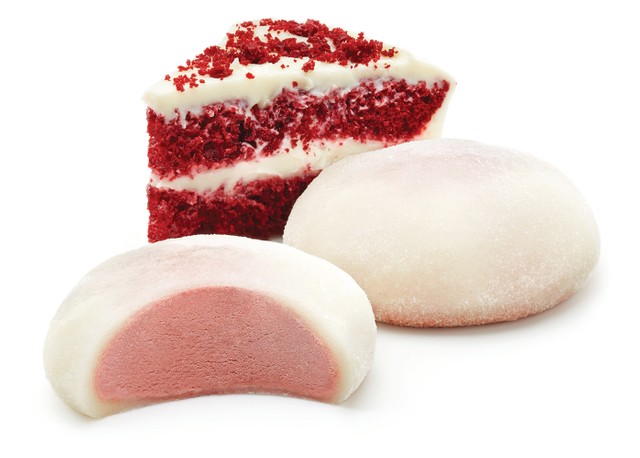