That was the edict of one of modern architecture’s patron saints, Ludwig Mies van der Rohe, and is still a guiding principle for many contemporary practitioners. Geometric shapes, a lack of ornamentation, open, efficient floor plans, and seamless indoor-outdoor living are hallmarks of modern masterpieces. But above all, materials—glass, steel, and concrete—shape the designs.

Van der Rohe himself was a glass-and-steel devotee, as evidenced not only by his signature glass box skyscrapers (such as the Seagram building in New York), but also the private homes he designed.

One of his most famous is the Farnsworth House, a one-level glass home, framed in white metal. Located about an hour from Chicago, it was completed in 1951 and is now a site of the National Trust for Historic Preservation.

Van der Rohe, born in Germany and part of a migration of architects to the U.S. before World War II, was part of the International Modern school. But other styles, such as Dutch De Stijl architecture, also incorporated many of the modern elements.

One example is the Rietveld Schröder House in Utrecht in the Netherlands. The residence was designed by Dutch architect Gerrit Rietveld for the woman he loved, Truus Schröder, and her three children, according to Natalie Dubois, curator of the house, which is now a museum. Rietveld was inspired by the Dutch artistic movement De Stijl. Fluid transitions between interior and exterior, clean lines, and the use of primary colors next to white, gray, and black (think Piet Mondrian, who was one of the leaders of the movement).

But Schröder had ideas, too, and wanted a home that was less constrained than most traditional builds.

“It’s based on the way she wanted to live,” Dubois says. That meant a glass facade, which was new at the time, open interior spaces with sliding walls, little to no ornamentation, and built-ins and furniture that have multiple uses. Visitors to the home often compare it to a houseboat, mobile home, or modern tiny house, where everything is multifunctional and compact, Dubois notes.

Many of the design elements seen in these homes are still popular with today’s architects. Take the Lost House in London by architect Sir David Adjaye, winner of the 2021 Royal Gold Medal, an award approved by Her Majesty The Queen and given to those who have had a significant influence on the advancement of architecture.

The 4,000-square-foot residence gets its name from its simple entryway, according to listing agent Guy Bradshaw of United Kingdom Sotheby’s International Realty. “It’s literally just a front door,” he says. “You could walk by it every day for 10 years and not know it’s there.” 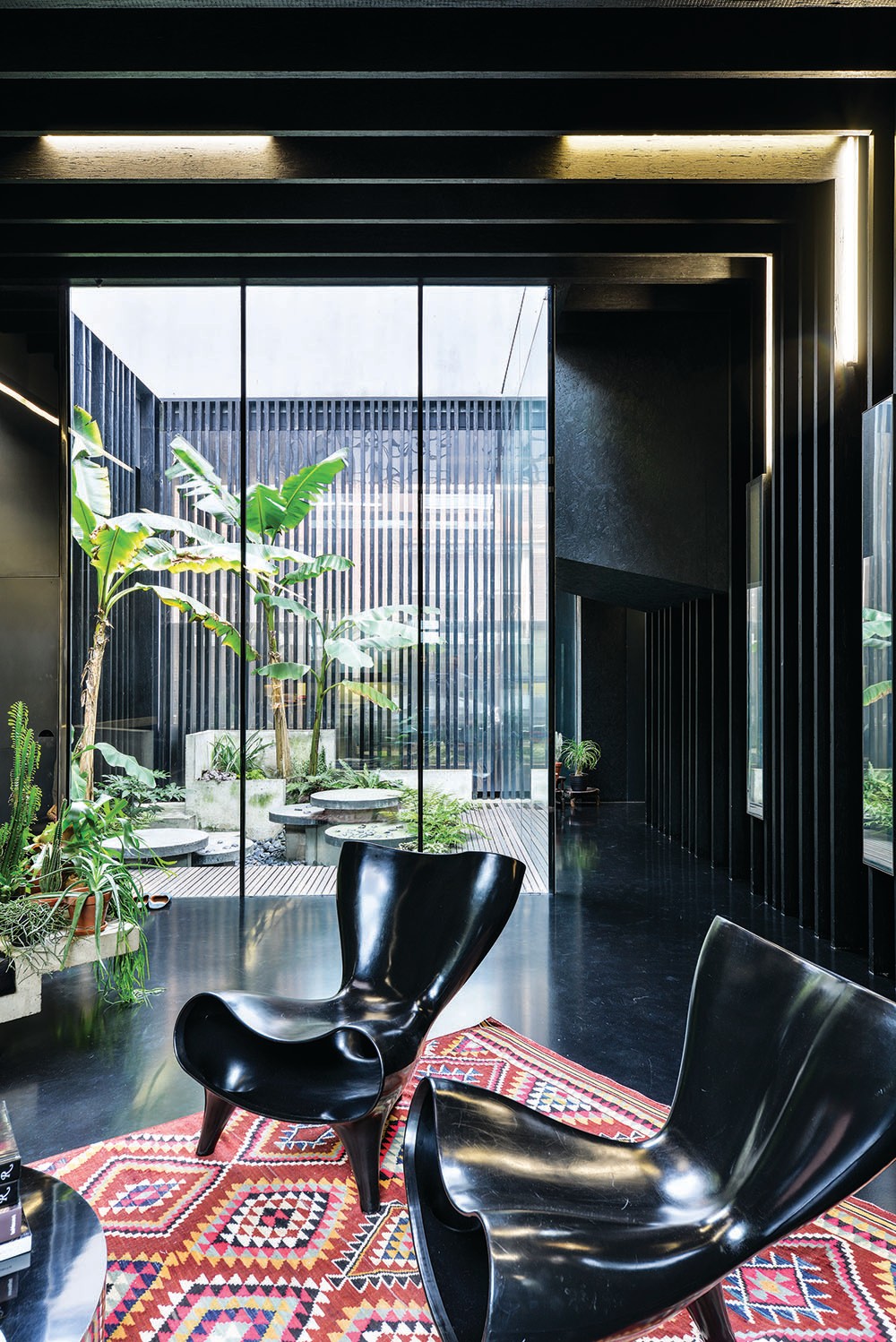 “This home was created in 2004 effectively out of nothing,” he says. “It was an old storage yard, and Sir David Adjaye created this incredible U-shaped home with volume, space, and the clever use of light.”

The three-bedroom, three-bathroom home, listed for £6.5 million, also features an indoor pool, a large office above the garage, and a lime-green sunken entertainment room that brings color to the otherwise dark palette.

One such property is a newly completed four-bedroom, four-bathroom villa in Palma de Mallorca. The white box structure is like a modern version of Van der Rohe’s Farnsworth House, but with mountain views. And although there are floor-to-ceiling windows, it is also partially covered by Iroko wooden cladding that brings warmth to the minimalist architecture.

“The construction is very solid with a lot of noble wood,” says Vanoli, adding that home automation allows owners to control and monitor the residence from afar. There’s a pool and lounge area, outdoor fireplace, oak flooring throughout, travertine marble floors, and radiant, underfloor heating. The property is listed for €3.5 million and is represented by Sandra Cosio of Mallorca Sotheby’s.

The preferred materials of modern architecture, exposed steel, concrete, and lots of glass, are also on display at a three-bedroom, two-and-a-half bathroom home on the market in Seattle. Like the Mallorca home, it incorporates natural elements to take the edge off the minimalist design.

“The materials, while restrained in the home, are still very rich and so well defined,” says listing agent Moira Holley, the founding director of Realogics Sotheby’s International Realty and a co-founder of the firm’s resale division. “The use of the materials is really exquisite.”

Double-height windows in the center of the residence, asking $2.45 million, allow for far-reaching views of the Puget Sound, Bainbridge Island, and the Olympic Mountains. The main floor has an open floor plan with a fireplace surrounded by cold-rolled steel and walls lined with bookshelves.

Designed by Seattle-based Eric Cobb, one of the top-five contemporary architects in the Northwest U.S., the residence has two terraces that extend the living space outside, Holley notes. On the upper level, the outdoor space is adjacent to the primary bedroom suite and features a spa with “the most incredible view.”

In fact, Cobb’s ample use of glass means there are vistas from almost everywhere in the house, including the garage.

“Luxury equals a view for your car,” Holley jokes.

Inventory Is On The Rise!

Inside a Historical French Normandy Estate in Laguna Beach, California

A Farm Lovers Guide To Huntington Beach And It’s Neighbors

Taking It Outdoors | Six Standout Patios To Welcome In Summer

On A Roll | Unique Spins On The Lobster Roll, That Ultimate Summer Staple