There are few spirits with a greater sense of place than mezcal. One sip of the smoky, agave spirit and you are immediately transported to the palm tree-lined, sunny climes of Mexico. To be specific about it, you are taken to Oaxaca, a mountainous, largely rural state in the southwest. Locals have been producing the spirit since the 16th century, when Spanish colonizers introduced distillation techniques to the region. Today, both in and outside of Mexico, mezcal is having a moment.

Production surged from just under one million liters in 2011 to 7.1 million in 2019, according to the Mezcal Consejo Regulador, a Mexican regulatory body—a 600% increase.

“People are learning there is more to mezcal than the homogenized flavors we’re used to from the spirits world,” says Lou Bank, the Chicago-based founder of Sacred, a nonprofit that supports mezcal producers. “They’re then diving into that different world to better understand it.”

For American consumers, mezcal provides a smoky, sophisticated alternative to tequila (which is, in fact, a type of mezcal.) And because mezcal still lags way behind other liquors, making up just 0.06% of the global alcohol market, there also remains a whiff of exclusivity about it, which appeals to a certain hipster-leaning sipper. Popular brands like Ilegal, Madre, and Doña Vega lean into this aesthetic with art-forward, edgy branding.

Watching mezcal be made is almost as enjoyable as drinking it. First, the agave plant is stripped of its leaves down to its heart, or piña, which does, in fact, resemble a pineapple. The piñas are quartered and roasted for up to a week over river stones in an earthen pit, layered with dried and shredded agave pulp. Afterward, an enormous stone wheel, powered by donkeys, crushes the piñas. After fermentation, the mash is distilled in copper stills. Most mezcaleros still insist on doing it in this old-school way, proudly spurning modern efficiencies. 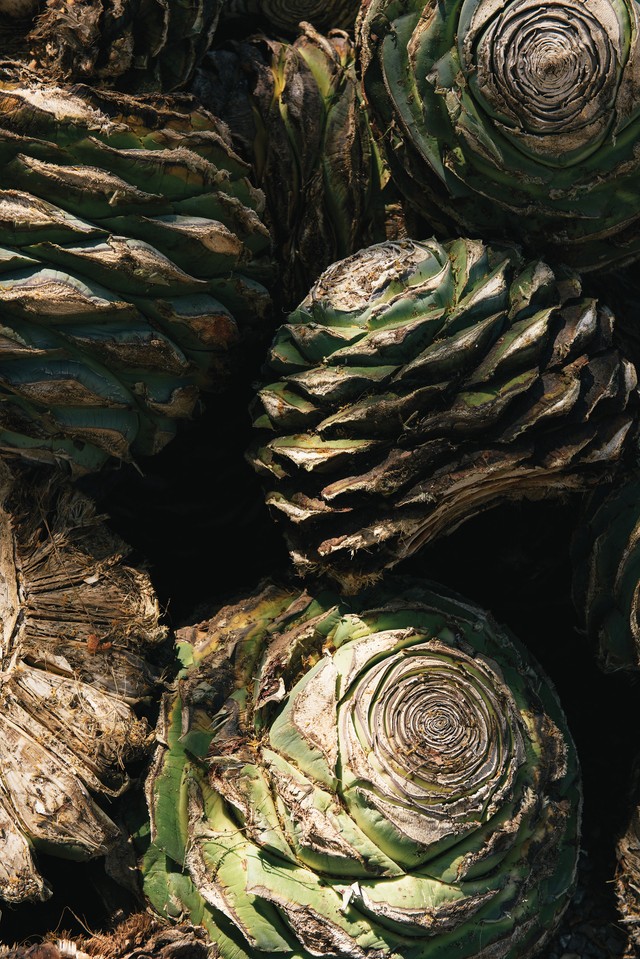 The hearts of the agave plant, the basis for mezcal, resemble a pineapple.

Much of Oaxaca’s sterling mezcal reputation stems from its biological bounty: Of the 300 or so agave varieties, around 40 of them are found in Oaxaca. Each one has a different taste. The brand Del Maguey, founded by the American artist Ron Cooper, went a long way in burgeoning Oaxaca’s mezcal cred. “Before Cooper began bringing these beautifully made, heritage agave spirits out of Oaxaca and into the world, everyone north of the border thought mezcal was the tequila with the worm in it,” Bank says. “Cooper’s Del Maguey project showed us the traditions that got lost.” The spotlight has also done wonders for the economy of Oaxaca, Mexico’s second-poorest state.

In Oaxaca, locals will savor any occasion for a pour (in the Zapotec village of Teotitlán del Valle, famous for its exquisite weavers, locals serve it with breakfast). In the traditional way, mezcal is sipped from a jicama shell. In bars or restaurants, you get it in a church candle glass. For special occasions, Oaxacans pull out pechuga, a mezcal distilled with herbs, fruits, nuts, and a chicken or turkey breast hung over the distillation pot, adding a meaty flavor to the brew (pechuga means breast.) The brand Vamonos Riendo (“let’s go laughing”) uses a method inspired by pechuga in their bright, fruity-tasting mezcal.

Certainly, the best destination to experience mezcal is Oaxaca. In the state capital, Oaxaca City, book a tasting class at La Mezcaloteca, where you’ll learn the differences between varieties and try small-batch bottles not found anywhere else. Mezcal is best enjoyed straight, Bank says, but some great cocktails include the Smoky Paloma and the Oaxacan Old Fashioned.

There are a few top-notch brands available in America these days: Yola Mezcal is an ethically made brand that hires only female producers; Doña Vega, which dials back the smokiness in its bottles, is excellent for beginners.

At the end of the day, though, for the full mezcal experience, one should still travel south. “When I’m standing around a wood-fired clay-pot still in Santa Catarina Minas, Oaxaca, or next to an enormous wooden condenser in Queréndaro, Michoacán, drinking spirits out of a jicara the size of my head, that’s when I’m happiest,” says Bank. Sometimes there is no substitute.

Many brands of mezcal have gotten bold with their packaging. The smoky liquor has an air of exclusivity to it. 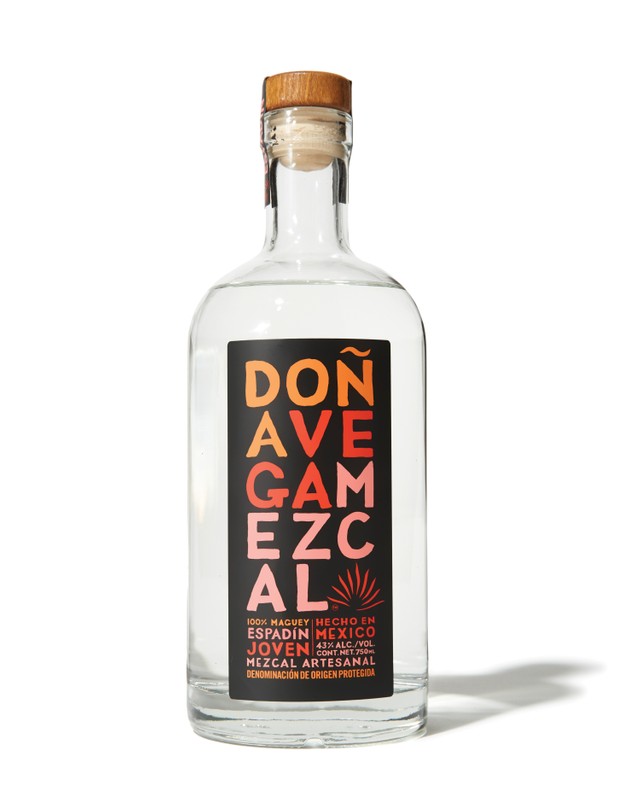