Louis Vuitton decided at 16 years old that he would become a trunk master, and the rest is high fashion history. 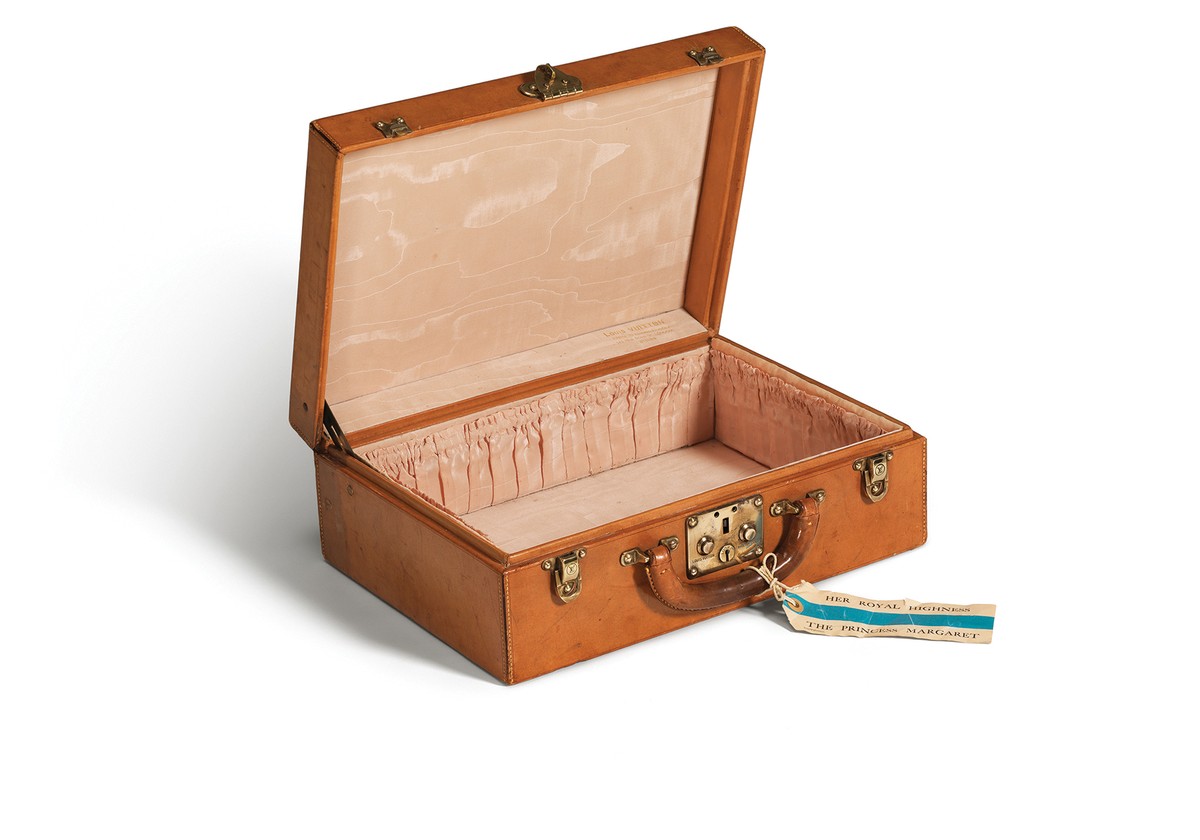 The inspiration behind the new ornate trunk.

The brand’s former artistic director of menswear, the late Virgil Abloh, reimagined the luggage in a shiny, silver mirror monogram canvas with a silver metal trim and light leather handles. It’s a piece so ornate, you may think twice before storing it in the overhead bin. (The price on the Louis Vuitton Cotteville 40 is available upon request.)

The futuristic design is modern day glam meets 19th-century Parisian sophistication, and is a nod to Vuitton’s early career. He arrived in Paris where he began apprenticing in 1837, back when the main modes of transportation were horse-drawn carriages, trains, and boats. Roads were unpaved, and luggage needed to be more functional than fashionable.

Vuitton worked alongside Monsieur Maréchal, a successful packer and box maker. It was a well-regarded industry at the time because luggage and boxes had to be made to fit months worth of goods and personal items that were being stored and loaded into a customer’s carriage. Travelers would have craftsmen pack their luggage to ensure bags were safe and secure, according to the Louis Vuitton website.

Vuitton’s career in trunk making got a jump-start in 1852 when Napoleon became the Emperor of the French and his wife, Joséphine, hired him as her own box maker and packer. He became famous for his luxury trunks, and eventually reinvented leather luggage to become a durable fashion statement with a waterproof canvas and sleek flat surface.

Today, as more people hit the roads, rails, and runways again post-lockdown, the Louis Vuitton Cotteville 40 is, perhaps, the first-class ticket of suitcases, celebrity stylists say, adding that while it may make a statement in transit, it can equally serve as a statement piece in the home.

“More people are buying these limited edition pieces for the home since they’re spending more of their time there. It’s really more of a home object, something you might see in a library or study. It becomes more of a showpiece; it’s more decorative than functional,” says Amanda Sanders, a New York City-based stylist, adding: “Something like this will only increase in value. It’s really an investment—whether you’re carrying it to your destination or anchoring it in your living room.”