The Future Museum, an offshoot of Munich’s Deutsches Museum, opened its doors in September 2021, inviting the public to consider what lies ahead for our planet, its cities, and ourselves. The Nuremberg-based museum was several years in the making, with planning beginning in 2014 that included lengthy discussion of how to best address the thorny questions that concern our future.

“There was a lot of political discussion before opening,” says Sebastian Linstädt, press officer for Deutsches Museum Nürnberg. “But it’s absolutely the time to deal with such subjects. We have tremendous challenges to master.”

The museum is located in a historic district with views of the Pegnitz River; inside is an expansive, industrial space that extends over three floors, with exposed concrete serving as a backdrop for the innovations on display. The exhibition area spans 3,000 square meters and addresses five key themes: Work and Daily Life, Body and Mind, City System, Earth System, and Space and Time. 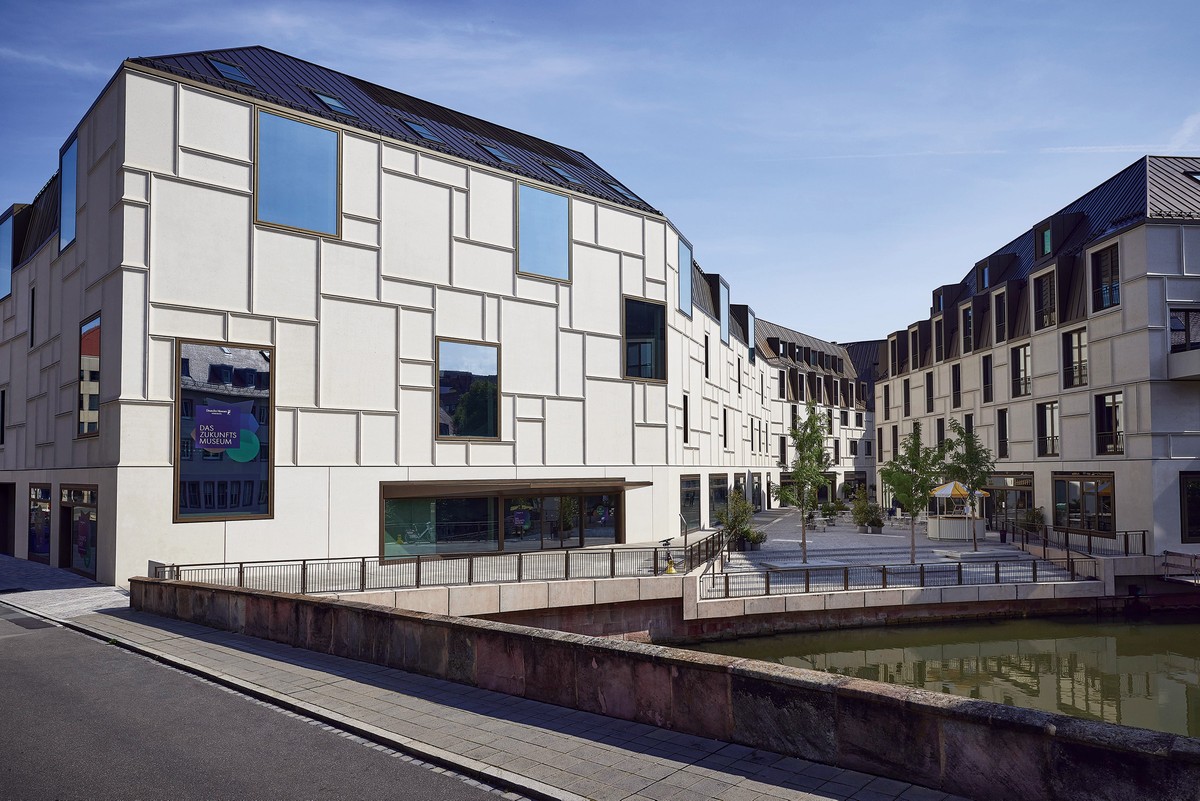 The exterior of the new Deutsches Museum, located in a historic district in Munich with views of the Pegnitz River.

Many of these themes are presented via prototypes and encourage interaction. Take, for instance, the “Telemax plus” robot, in the Work and Daily Life section, which allows guests to use a robotic arm to attempt to defuse a bomb, or the model space station in the Space and Time exhibit, where visitors can experience what it’s like to steer a Mars rover. Other objects on display invite contemplation, like a huge globe that shows data on climate and air traffic.

Unifying these thematic areas is the question of the divide between science and fiction: Are the ideas explored by the exhibits feasible and already under way, or do they belong to the realm of fantasy? Is the line between the two always so clear? What would it be like if one of the futures envisioned by novels, film, and television—like the rise of artificial intelligence supplanting human beings—came to pass? To this end, some exhibits incorporate objects from beloved works of science fiction, like Star Trek’s “medical tricorder,” a scanning device used by characters in the series to diagnose illnesses. Aptly enough, at the museum’s opening, Bavaria’s Premier Markus Söder used a lightsaber to cut through the red ribbon.

Exhibits are also intended to provoke conversation about the ethical dimensions of possible scientific and technological advancements. The Future Museum asks visitors to consider, for instance, the morality of using “genetic scissors” to manipulate human DNA, and ponder how the cities of the future might accommodate growing populations.

A prototype of the car of the future.

“We try to spark an ethical debate, by looking into how our ideas develop, and the movement between technology, research, and culture that inspires the economy,” Linstädt says.

Visitors are further challenged through an interactive game they can play as they move through the museum. They are given bracelets that allow them to “collect” the different technologies they encounter in the exhibits, but there’s a twist: They can take only 25 technologies with them into their personal future.

It’s not only a way to challenge guests to prioritize possible advancements, but also a method for letting the museum staff know which prototypes are the most interesting to the public. These insights will help to direct future exhibits and dialogues.

Another method of engagement comes via the “future communicators”—students who have been trained to interact with visitors on the museum’s many topics.

“It’s quite a unique thing for Germany—we encourage interaction and discussion right away,” Linstädt says.

The space’s structure further facilitates open discussion, via a central area called the forum that can accommodate meetings of hundreds of guests, where the museum will host talks.

And exhibits don’t shy away from the darker possible outcomes of human endeavor and our dependence on technology, delving into the ramifications of climate change, as well as presenting an interactive station that explores the effects of long periods of power failures on society—fitting for a museum whose opening was delayed by a pandemic that seemed straight out of science fiction. 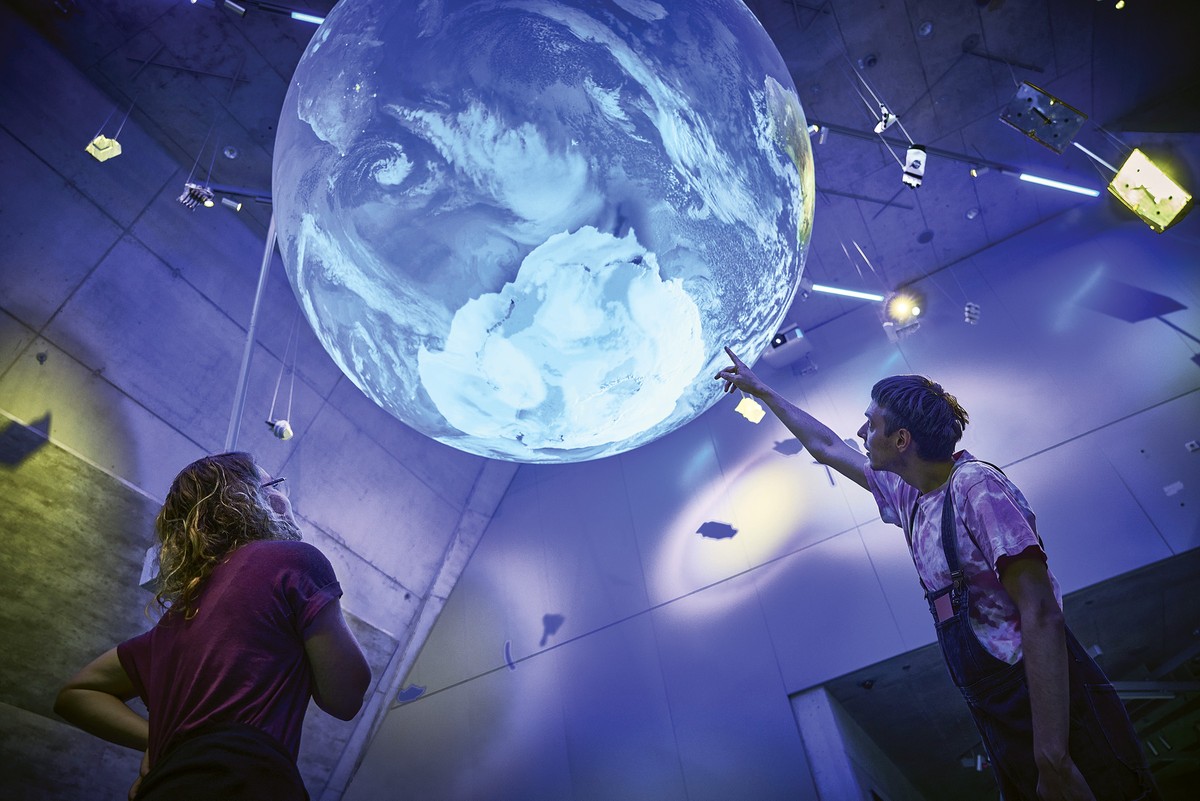 A globe shows data on climate and air traffic.

So far, many of the Future Museum’s visitors have been domestic, due to continuing travel restrictions. However, more international visitors are expected soon, and inclusivity is prioritized via apps that provide information about exhibits in several languages.

Openness as to what may lie ahead for humanity is key, as the museum continues to evolve.

“We don’t want to tell people how it’s going to be—there’s not only one possible future,” Linstädt says. “So we want to show visitors a range of possibilities, and make sure it’s their decision as individuals and as members of society what kinds of developments we want to have in the end.”