Tatiana Calderón, Sophia Floersch, and Beitske Visser are up to the challenge to compete among the crème de la crème in the high-risk, male-dominated sport of auto racing. Hailing from Colombia, Germany, and the Netherlands, respectively, the three comprise the Richard Mille Racing Team, the French entrepreneur’s all-women crew launched in collaboration with the FIA WIM (Women in Motorsport).

As co-founder of the eponymous ultraluxury Swiss watchmaking brand and president of the FIA Endurance Commission, Richard Mille has long been a champion of women in racing, not just behind the wheel but also behind the scenes as engineers, mechanics, and strategists. For years, he has pursued equal opportunities for female drivers to compete at the sport’s highest level. With his team’s debut in 2020, women now have the chance to be recognized for their passion and skill on the track, particularly in endurance racing.

“Our project of building a Richard Mille team is truly the beginning of a great and successful adventure, which will finally open the doors of endurance and motorsport to women,” Richard Mille says in a statement. 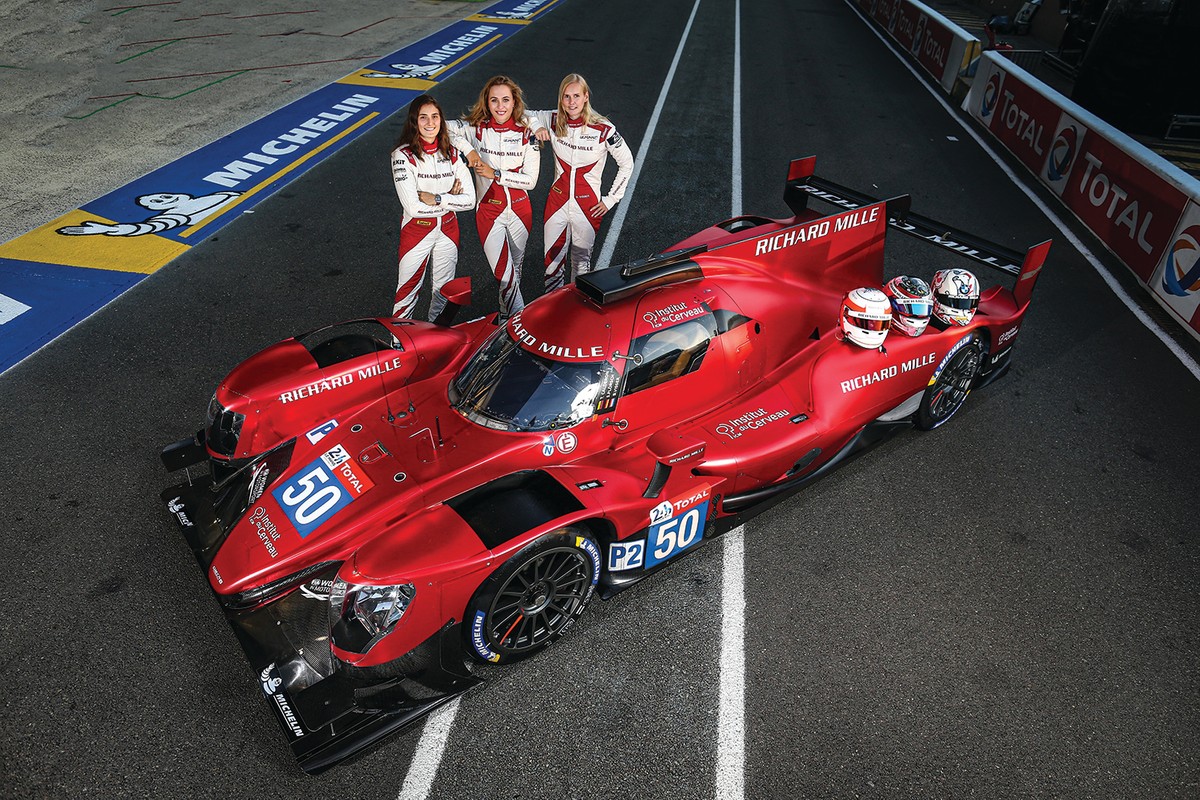 Richard Mille is hoping to open the world of motorsport to women, the company says

In July 2020, the crew hit the ground running, competing in the prestigious European Le Mans. This series of high-profile races includes the renowned 24 Hours of Le Mans—the world’s oldest sports-car competition and one of the most extreme motorcar races—which took place in September.

Speeding in a blazing red #50 Oreca 07 Gibson-powered machine, Calderón, Floersch, and Visser were the first women in history to compete at the LMP2 level, averaging 230 kph during the 24-hour competition. Signatech, the French auto racing company and winner of the last Le Mans, ran the Mille crew.

The team dedicated the Le Mans race to the Paris Brain Institute (Institut du Cerveau), where experts from around the world research treatments and new protocols to treat brain and spinal illnesses. “The Paris Brain Institute is an important cause for us to support,” says Amanda Mille, Richard’s daughter and the company’s head of clientele, who is based at the Paris headquarters. “We have been supporting them for a few years now, and by stickering the car with their logo, we hope to raise awareness and bring people to support them by making donations to help the research.”

While the results at Le Mans were impressive, the crew’s first season wasn’t an easy one. The pandemic presented its own challenges, including postponing the 24-hour race that was initially on the calendar for June. What’s more, Katherine Legge, a British IndyCar veteran and the team’s original captain, was injured in a crash during a test session for the opening round of Le Mans at the Circuit Paul Ricard in July, then replaced by Visser. This setback presented the team fewer opportunities to race before the 24 Hours of Le Mans took place.

“We have to remember that none of them have been racing in LMP2 prior to the beginning of this season, and the three of them were ‘rookies’ in the Le Mans 24 Hours, known for being one of the most complicated races in endurance,” says Amanda Mille, who has also been instrumental in organizing the team, taking on the role as the coordinator of the project, “supporting the human side more than anything else.”

At 24 Hours of Le Mans, the trio finished 13th overall (LMP1, LMP2, and GT) and 9th in the LMP2 category. In October, at the Monza circuit, outside Milan—often referred to as the “Temple of Speed”—they placed in the top 10. According to Amanda Mille, the crew had incredible teamwork, and “they wrote a new page in history, and brilliantly.” 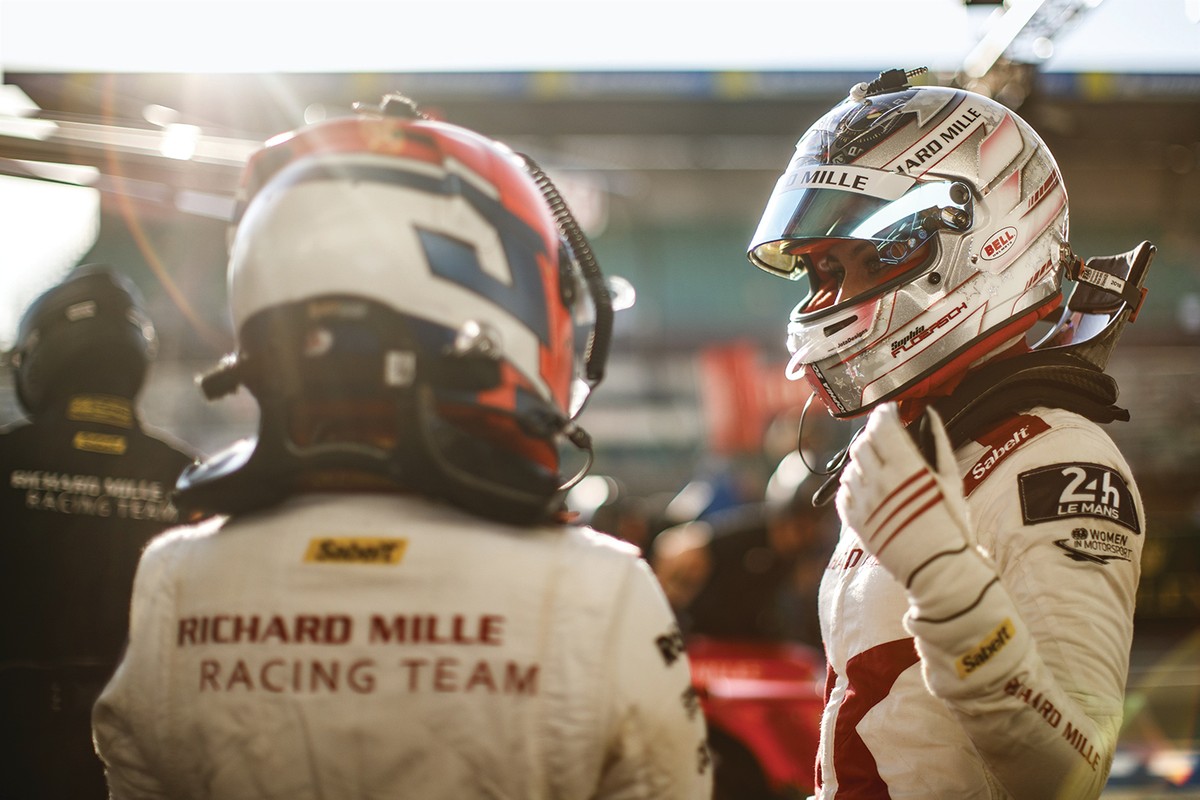 Is This The Year of the Suburb? | Vogue Business

Golf Homeownership Is Heating Up, Even Where You’d Least Expect It