Egypt is a nation celebrated for its preservation of artifacts and antiquities; however, no one museum has ever highlighted such a comprehensive collection as the Grand Egyptian Museum, or GEM, which broke ground in 2012. After numerous delays due to construction, finance, logistics, and the global pandemic, the long-awaited opening will occur this year.

“People around the world can’t wait for the museum to open,” says Mahmoud Gebril, CEO of Osiris Tours, a company hosting luxury tours of Egypt and countries in the Middle East. Sited approximately 10 miles from downtown Cairo, the GEM will be the world’s largest archaeological museum, and the first in Egypt’s history to exhibit the complete Tutankhamun collection of more than 5,000 artifacts while housing as many as 100,000 antiquities in total.

This exciting cultural debut will surely be a boon to the country’s tourism sector. According to worldarchitecture.org, as many as 4.8 million visitors are expected to tour the museum each year. “It will inspire travelers from all over the world to come to Egypt,” Gebril adds. “This will have a positive impact on the national economy.”

Set at the edge of the first plateau between the pyramids of Giza and Cairo, the triangular structure peers out over the iconic Egyptian necropolis. The brainchild of Heneghan Peng, an architecture firm based in Dublin and Berlin, the modernistic build and its illuminated 2,000-foot-high facade echo the pyramids’ silhouettes.

After competing for the coveted commission with more than 1,550 other designs hailing from 83 countries, Heneghan Peng was awarded the project in 2003. The international architectural contest was one of the largest in history, and victory was no easy feat. 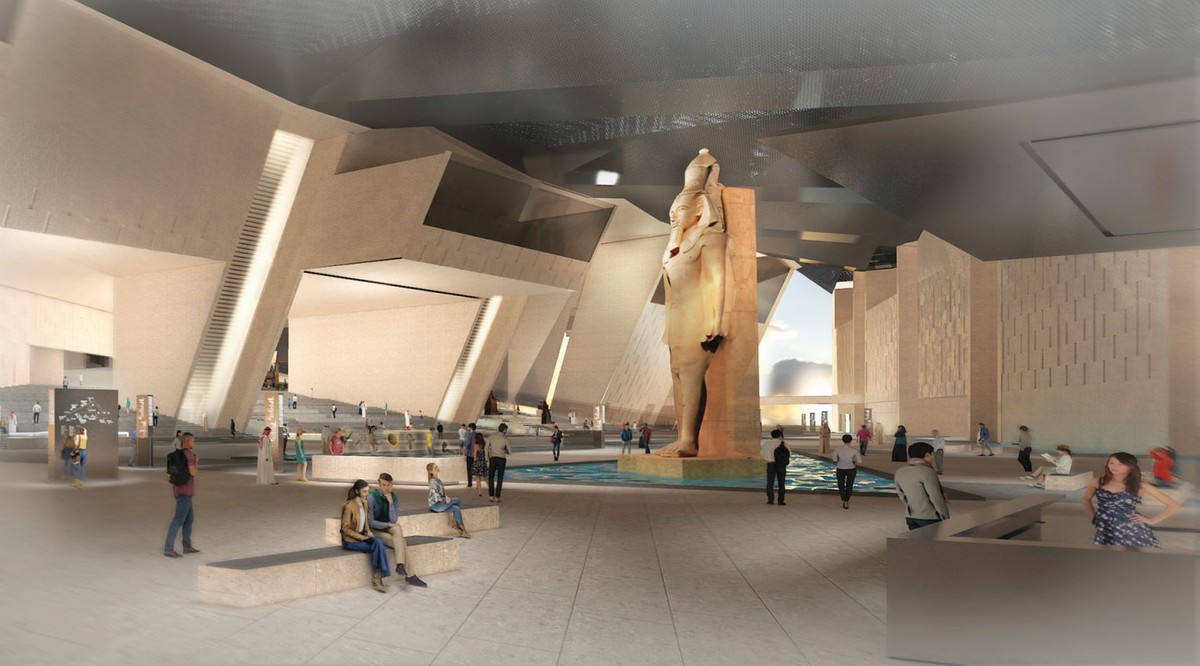 Renderings of the Grand Egyptian Museum show just how spacious the museum, which broke ground in 2012, will be.

“We were stunned in the first instance to get to the last 20 from 1,557 entries,” says Róisín Heneghan, co-founder of the firm. Yasser Mansour, the general coordinator for the museum, called her with the good news. “I took the call from Dr. Mansour who said we had won, and when I put down the phone, I needed to ring him right back,” she says. “I wasn’t sure if I had heard properly.”

Heneghan says the building facade defines the edge of the desert plateau to the Nile plain, forming the entrance to the museum. The architects wanted the facade to have the monumentality of a landscape element, and they looked at the structure of cliff edges to implement that concept. Once inside the museum’s atrium, a mammoth, 3,200-year-old statue of Ramses II—the third pharaoh in the 19th dynasty of Egypt—will greet visitors before they wander more than 300,000 square feet of exhibits.

Heneghan Peng is merely one organization involved in the GEM—the project has indeed been a collaboration. The U.K.’s Buro Happold and Arup are part of the engineering team; Belgium-based Besix has managed construction, while Stuttgart’s Atelier Brückner and London’s Cultural Innovations have contributed to the exhibition design.

Like other notable modern museums such as the Guggenheim in Bilbao and the Louvre in Abu Dhabi, the GEM’s composition and setting will be half the attraction. “The museum building itself is an architectural marvel,” says John Nicholson, CEO of the tour operator Egypt Elite and host of the Egypt Travel Podcast. “It’s absolutely gorgeous, and from inside its great hall, you can look out onto the only wonder of the ancient world still standing: the Great Pyramid, alongside the other pyramids of Giza.”

Architecture aside, as the world’s largest museum of Egyptology, the GEM will showcase unrivaled collections. “It’s really what’s inside the new museum that will be the biggest draw,” Nicholson says. The Egyptian Museum in Cairo had limitations in what it could display, since it was built before 1922 when King Tut’s tomb and its ancient treasures were discovered. “Most of those treasures had to go into storage, and many of the priceless artifacts were sitting on shelves or the floor. Now, they’ll have a modern home worthy of their significance to Egypt and all of humanity.” 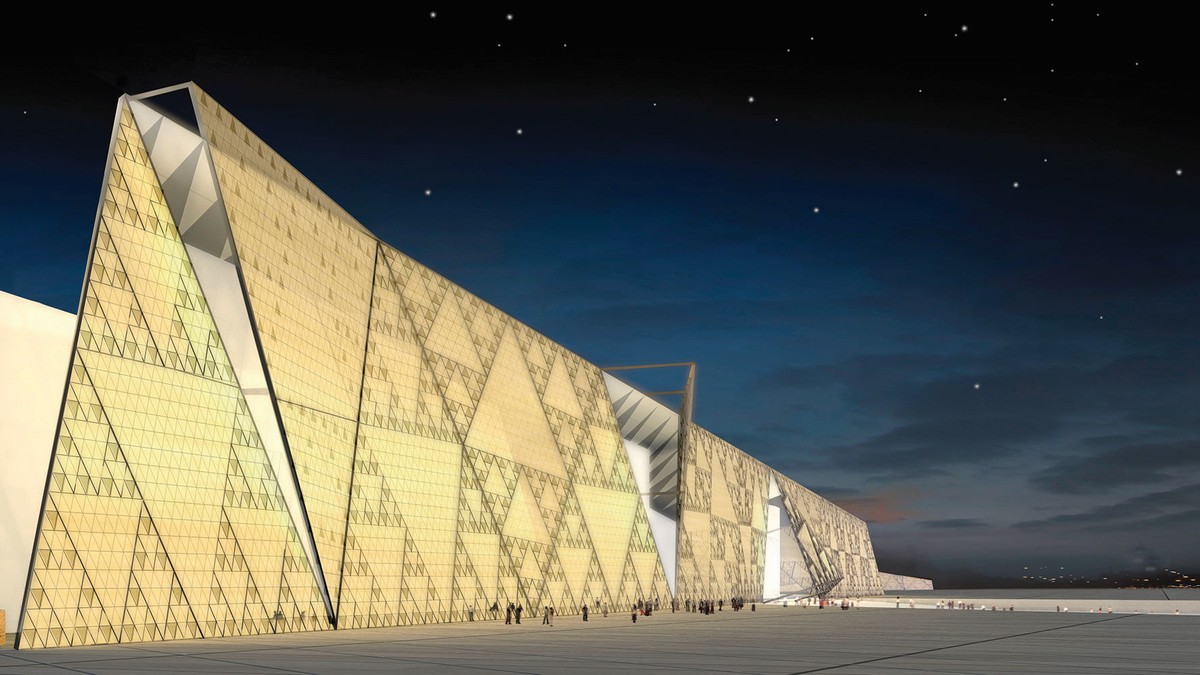 A Shore to Explore: Family Fun in Newport Beach

Take The Helm: Sailing in San Diego and Coronado