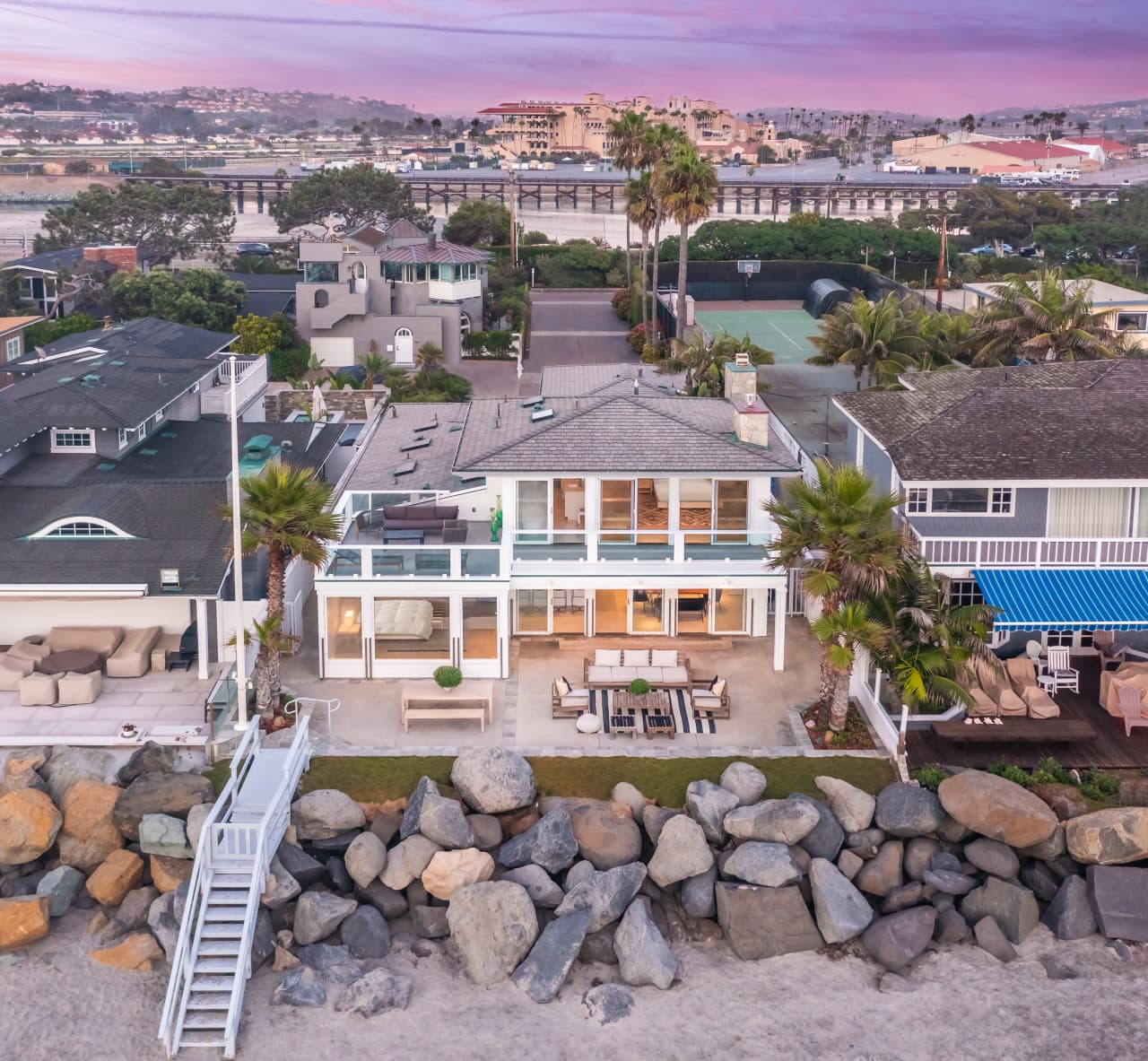 The waterfront California home of Sharon Alesia, the late horse breeder and wife of actor and director Frank Alesia, hit the market Friday for $23 million.

Situated on the Pacific coast in Del Mar, California, the five-bedroom, four-and-a-half-bathroom residence has a private staircase that leads directly to the beach, according to the listing with Eric Iantorno and Pilar Meza of Pacific Sotheby’s International Realty.

“The sand outside is so soft; there are no rocks,” Mr. Iantorno said. “You can walk straight in the ocean and swim in the waves.”

The residence was fully renovated to give it a contemporary beach-house feel, he noted. It features floor-to-ceiling windows and sliding doors throughout that lead to patios on both levels that overlook the ocean.

Elements of the redesign also include a glass stairway with Wangi wood accents, a nautical-themed bar, a gourmet kitchen with floating shelving, and a living and dining area with a fireplace.

There are also two primary bedroom suites, one on each level, which are directly connected to outdoor areas. A third bedroom can double as an office, and there’s a detached guest suite, the listing said.

The home is one of just 11 in a gated community about 20 miles north of San Diego.

“The coastline between Del Mar and Encinitas offers an incredible lifestyle,” Mr. Iantorno said. That includes great restaurants, shopping, outdoor activities and, of course, water sports such as surfing and e-foiling, a small motorized surfboard.

There’s also an equestrian community, which is what brought the Alesias there, the agent added.

The couple had owned horses since the 1980s. Sharon co-bred or owned stakes in championship horses with names like Ashleyluvssugar and Champagne Room. She died last year at age 83, according to her obituary on the California Thoroughbred Breeders Association.

Frank appeared on the silver screen in the 1960s, in films such as “Pajama Party” (1964) and “Bikini Beach” (1964). He went on to direct episodes of “Captain Kangaroo,” earning him a Daytime Emmy nomination in 1979, and worked as a writer and director on “Laverne & Shirley,” according to IMDb.