“I love putting our Revel Avila side by side with any tequila to see how people react to it,” says actor and agave spirits entrepreneur Justin Hartley, who invested in Revel Spirits last year, partnering with its CEO and founder, Micah McFarlane. “You can tell right away how different it is.”

Hartley, 44, equates comparing Avila and tequila to lumping different varietals of red wine together. “It would be like comparing a Pinot Noir with a Cabernet Sauvignon,” he explains. “They’re both wines, but there is a completely different flavor profile.”

That profile is best described as a marriage between tequila and its smokier cousin, mezcal. While Avila is derived from the same Blue Weber agave plant, it cannot legally be labeled tequila, which must be produced in the Mexican state of Jalisco and in a handful of places in other states. Revel is made in the southern Mexican state of Morelos, so it is designated as a distilled agave spirit. 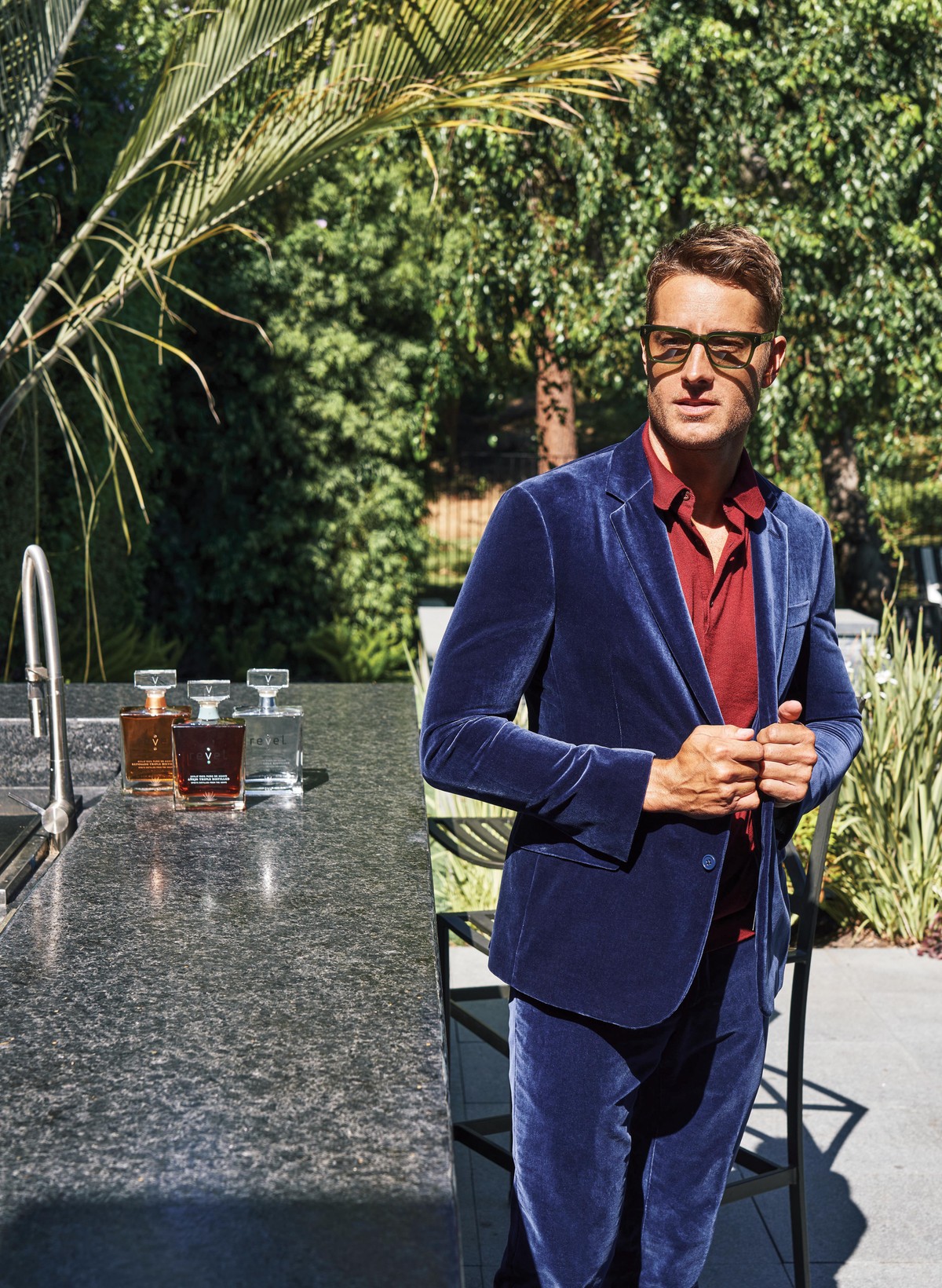 Justin Hartley, is more than just a brand ambassador for Revel Spirits. He plans to get his hands dirty with a limited-edition blend each year.

“We use some of the same processes that tequila manufacturers use to distill tequila,” Hartley says. “We also combine that with the same practices that they use to distill and make mezcal—which is to roast the piña. We steam it and we roast it, so we combine the two to end up with our Avila.” The name Avila comes from Revel’s master distiller, Noe Avila.

Terroir—the natural environment in which the grapes are grown—is another key aspect that infuses Avila with distinctive notes that are evident in three expressions: the smooth, subtly smoky Blanco; Reposado, which is aged for 12 months in old whiskey oak barrels; and a rich, scotchlike Añejo, aged for 24 months in new French oak barrels.

Towering over Revel’s agave fields is an active volcano, Popocatépetl. “You can imagine all the minerals that get replenished into that soil because of the volcano,” Hartley says.

Next year the company is expanding with El Popo, a more affordable spinoff brand named for the volcano. Brand lore references an Aztec legend about Popocatépetl, a handsome warrior who lost his bride and built a mountain upon which he placed her, so he could watch over her for eternity. The volcano’s frequent eruptions of ash and magma, a testament to his undying devotion, infuse the soil where the agave plants thrive and endows them with a unique smoky flavor that is evident in El Popo, which you can sip neat like a scotch.

Only smoked piñas are used to produce El Popo. Once distillation is complete, it is steam-filtered to mellow the smokiness and infuse it with a subtle sweetness.

Hartley is planning to venture down to Morelos to “get his hands dirty” in developing a special signature small-batch blend bearing his name. His concept of producing a limited-edition blend each year is similar to vintage wines. Each year’s batch would be a reflection of the climate and other conditions that impact flavor.

The distilled agave spirit, is made in the southern Mexican state of Morelos. 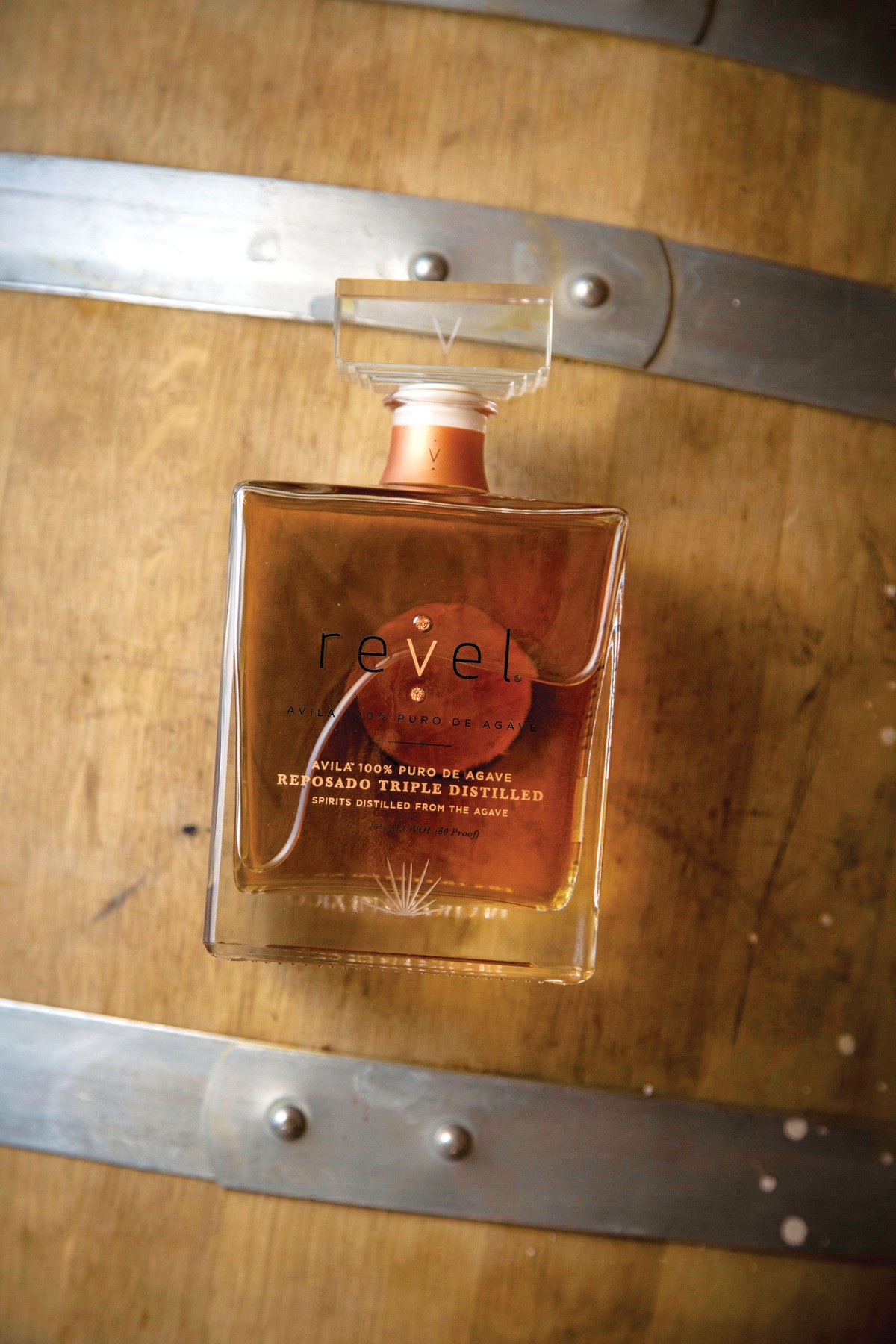 “I don’t want to influence it that much,” he says. “The idea is that every year, that’s the expression of what that land, climate, weather produced—every year it will be different.” Hartley adds that his special blend will have a charity arm to give back to the local farmers and producers. Hartley, who is best known for his role of Kevin Pearson on NBC’s hit drama This Is Us, is not content to merely play the role of star-powered ambassador.

“It’s not about just wanting to attach myself to something as much as it is that I have a passion for it,” he says, noting that he is involved with every aspect of the business from weekly meetings to sampling and selecting the flavors for Revel’s new tropical-flavored Avila Spritz ready-to-drink cocktails, a project he admits resisting at first.

“Getting me inspired to do this was kind of a chore. Then, in getting these flavors dialed in and ending up with what we ended up with, I was completely wrong. If you pour it over ice, no one would ever assume that it’s a premade cocktail, and that was our mission,” he says.