Most often fried, and ultimately glazed, powdered, sprinkled, or filled, doughnuts might be the ultimate American comfort food. The flour-based specialty originated in New York—then known as New Amsterdam—when Dutch settlers brought over olykoek or “oily cake” in the 1700s. Since then, the sugary treat has evolved, surging in popularity recently, with doughnut trails popping up in Kentucky, Indiana, and Butler County, Ohio. From traditional shops to bakeries serving their modern interpretations, here’s a glimpse at some of the tastiest doughnuts across the country. 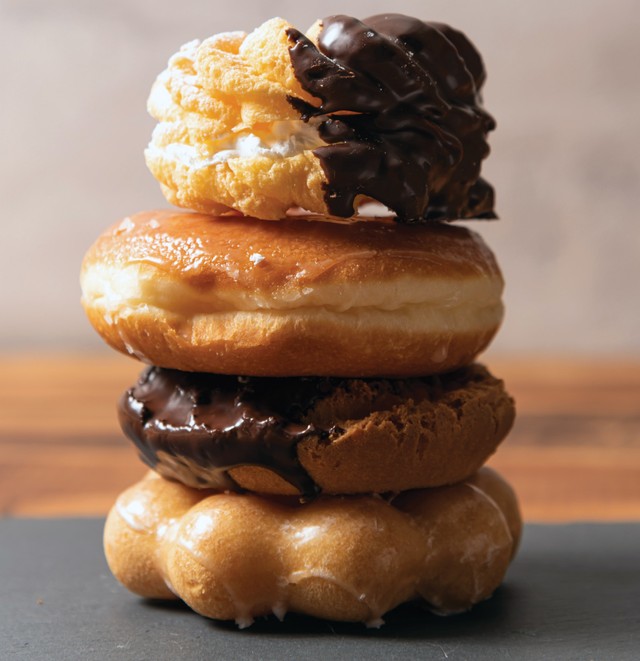 Cinnamon sugar, Jersey cream, and chocolate cake doughnuts round out the classics at this award-winning bakery with several outposts in North Jersey, and a location on the way in Queens, N.Y. But for those craving a specialty doughnut, Glaze crafts artisan flavors such as maple bacon and Oreo. On weekends, the bakery offers Italian rainbow—a play on the cookie with a cultlike following—and a scrumptious Napoleon doughnut bursting with layers of goodness.

These single-yeasted doughnuts appeal to healthier eaters with organic stone ground flour, unrefined organic cane sugar, sea salt, cage-free eggs and butter, and non-GMO rice bran oil. While Hole features only a handful of flavors on its menu (vanilla glazed, roasted almond sesame cinnamon, cinnamon sugar, and a special of the day, such as “Beignet”), what this shop does, it does incredibly well. Crispy outside and fluffy inside, every baked good is made to order and served hot.

With Fargo, South Fargo, and West Fargo locations, Sandy’s has undoubtedly brought a lot of joy (and sweetness) to North Dakota since its opening in 1983. The family-owned and operated shop produces over 80 types of doughnuts each week, including double chocolate peanut butter, cookies and cream, red velvet cake, and maple fried cinnamon. Sandy’s doughnuts are made daily, and the company gives back to the community by donating leftovers to local shelters each day.

Simple, Something Extra, and Adventurous are the categories you’ll discover at this Houston Heights store brimming with atypical creations such as sweet potato casserole, matcha, and Biscoff cookie butter. While doughnuts may be the main draw at Hugs & Donuts, the bakery also makes savory kolaches, its interpretation of the stuffed treat with Czech and Slovak roots. Bacon, egg and cheese; barbecue brisket and cheddar; and a daily veggie kolache complete the menu.

This doughnut extravaganza highlights 13 bakeries within an 80-mile radius and attracts pastry enthusiasts from all over. A family-owned business with two locations on the trail—Milton’s Donuts in the Middletown location and The Donut Hole by Milton’s in West Chester—Milton’s has been baking and frying since 1960. Guests should expect standard sugar-coated and filled doughnuts as well as unique confections like Fruity Pebbles iced and coconut cake. Meanwhile, about a 15-minute drive away in Trenton, Martin’s Donuts makes its collection fresh every day, but some flavors sell out, so arrive early. Banana pudding, lemon-filled, and the shop’s interpretation of the cronut are among fan favorites. If your stomach can handle more dough and sugar, check out the other doughnut stops along the trail in Butler County. 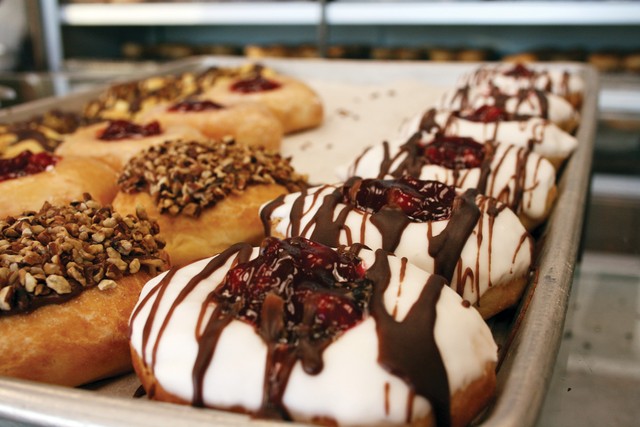 Milton’s in Ohio has been around since 1960. Doughnut flavor choices range from classic to truly unique.
Previous Article

Making Your Home Fit For Fitness