The 300,000-square-foot academy, the nation’s first large-scale museum dedicated exclusively to the art, science, craft, business, and history of film, will be housed in the 1939 May Company Building, a historic landmark at Wilshire Boulevard and Fairfax Avenue. The academy museum is one of more than 120 projects, including the Kansai International Airport Terminal in Osaka, Japan, and the New York Times Building in Manhattan, that the 82-year-old Pritzker Prize-laureate and his Renzo Piano Building Workshop, which has offices in Genoa, Paris, and New York City, have designed over four decades.

The team renovated and restored the interior and exterior of the iconic May building, which has been renamed the Saban, after its benefactors, producer/businessman Haim Saban and his wife, Cheryl, who is a former senior advisor to the U.S. Mission to the United Nations. Piano’s team replaced the Saban’s 1946 additions with an eye-arresting structure they dubbed simply as The Sphere. 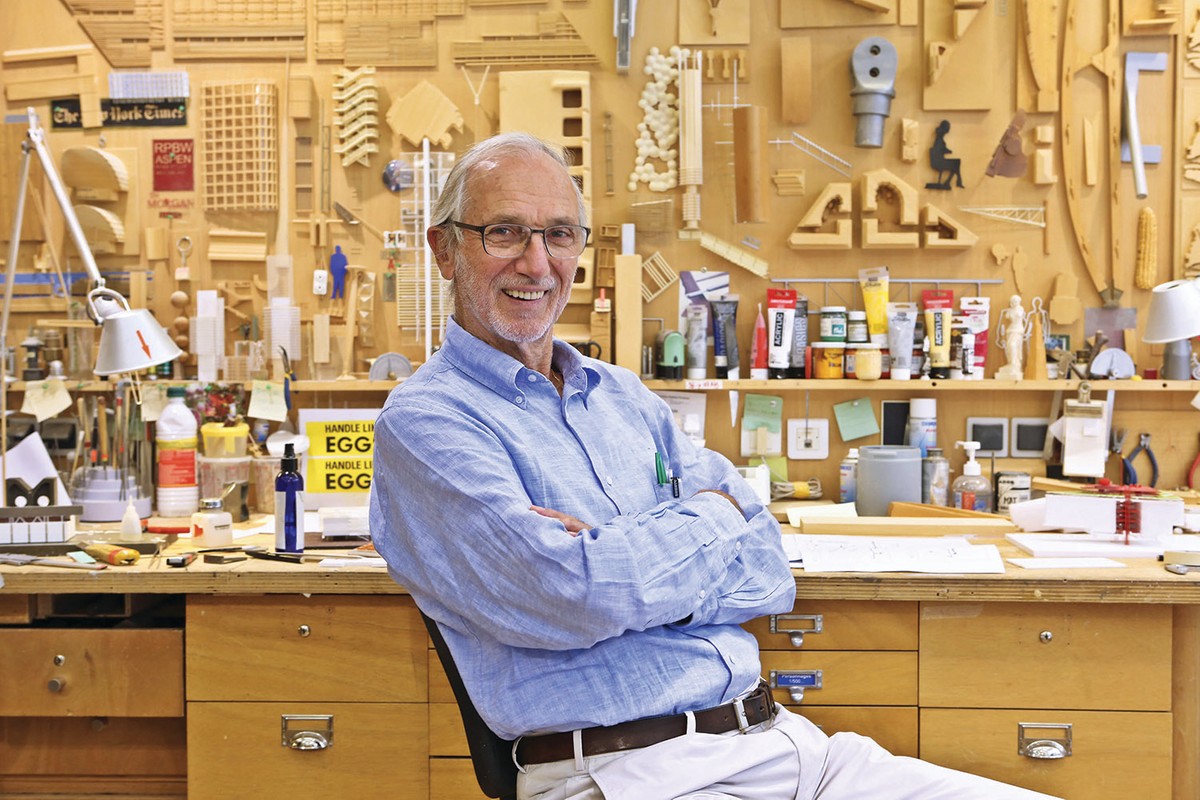 The project was spearheaded by starchitect Renzo Piano.

The Sphere is a building shaped like a giant ball that hovers off the ground, similar to a spaceship. It features a 1,000-seat theater, a 288-seat theater for special screenings, and a dramatic rooftop terrace facing the iconic Hollywood sign.

“The Sphere building is a form that seems to lift off the ground into the perpetual, imaginary voyage through space and time that is moviegoing,” Piano said in a news release. “By connecting these two experiences, we create something that is itself like a movie. You go from sequence to sequence, from the exhibition galleries to the film theater and the terrace, with everything blending into one experience.”

Noting that there’s a “positive tension” between The Sphere and the Saban, architect Mark Carroll, partner in charge of the project, says that “a big part of the design was to understand the exact distance between them—they stand 40 feet from one another in a dialogue between old and new, memory and history, contemporary and future.”

The Sphere looks like a spaceship levitating above the ground. 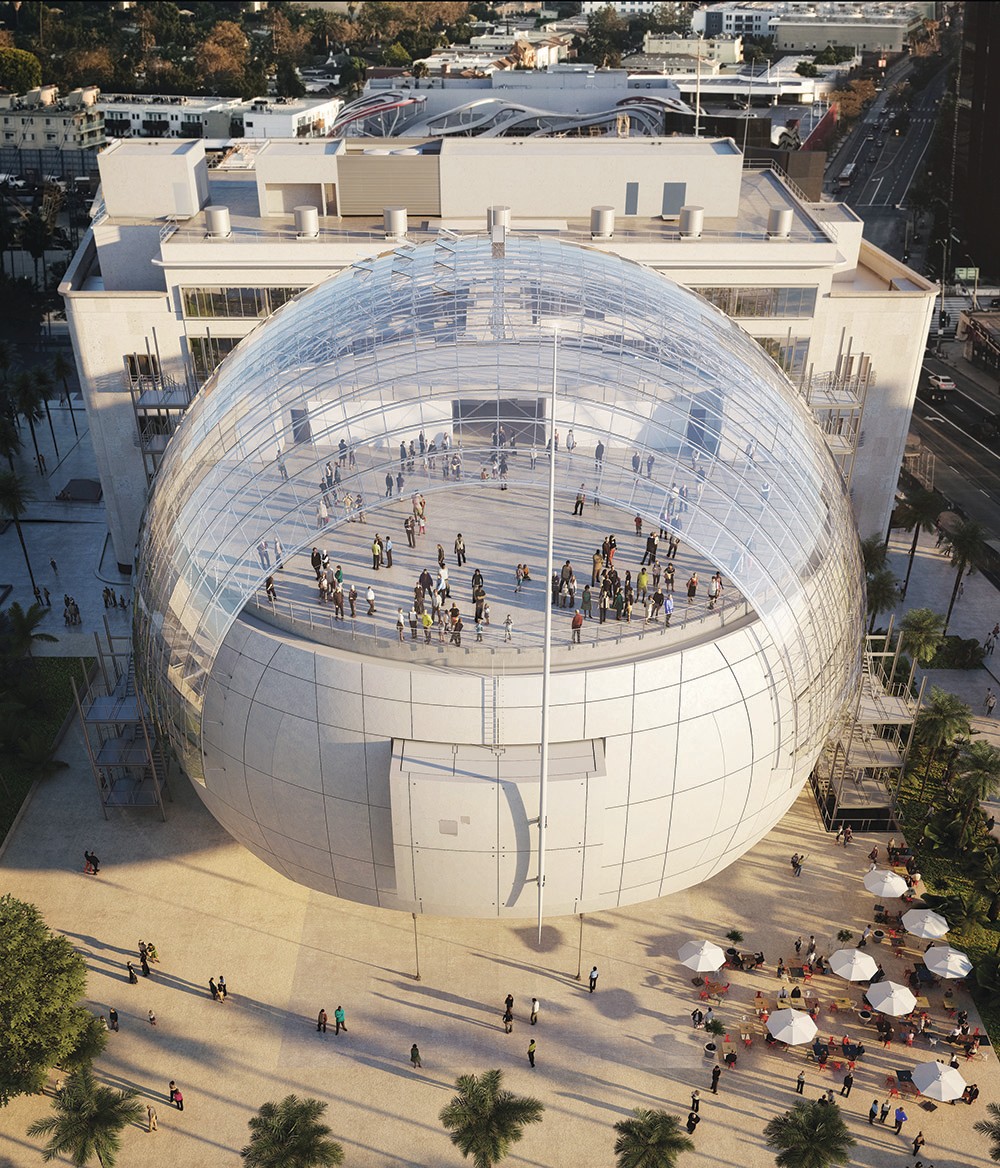 The spherical shape was chosen, says Luigi Priano, associate in charge, because “it is a clear and identifiable object that detaches and does not compete with the architecture of the Saban. And its circular interior plan is conducive to a compact, participatory seating arrangement with good acoustics and visibility to the projection screen.”

The Sphere, he adds, conveys a “sense of wonder and magic.” Part of that magic comes from the engineering, Carroll says. “It’s isolated from the ground by eight seismic discs that cut the forces of an earthquake and can absorb 30 inches of movement in every direction; this allows the structure of the dome to be incredibly slim, and all this is happening with only four pillars touching the ground.”

As part of the project, the Piano team restored the limestone façade of the Saban, replacing some 35% of its cylinder’s 350,000 gold-leaf mosaic tiles with replicas from the original manufacturer, Orsini of Venice, Italy. The Saban will have three floors of exhibition space, plus a ground floor with a restaurant, gift shop, and gallery.

The idea, Piano says, was to create “an urban and civic character.” It is made of concrete, glass, and steel-reinforced concrete, the same materials Piano used to tie the two buildings together architecturally.

The academy is a repository for everything from ruby slippers from The Wizard of Oz to the only surviving shark mold from Jaws. Exhibits will draw from a collection of 12 million photographs, 230,000 moving-image items, 80,000 screenplays, 61,000 posters, and 104,000 pieces of production art. 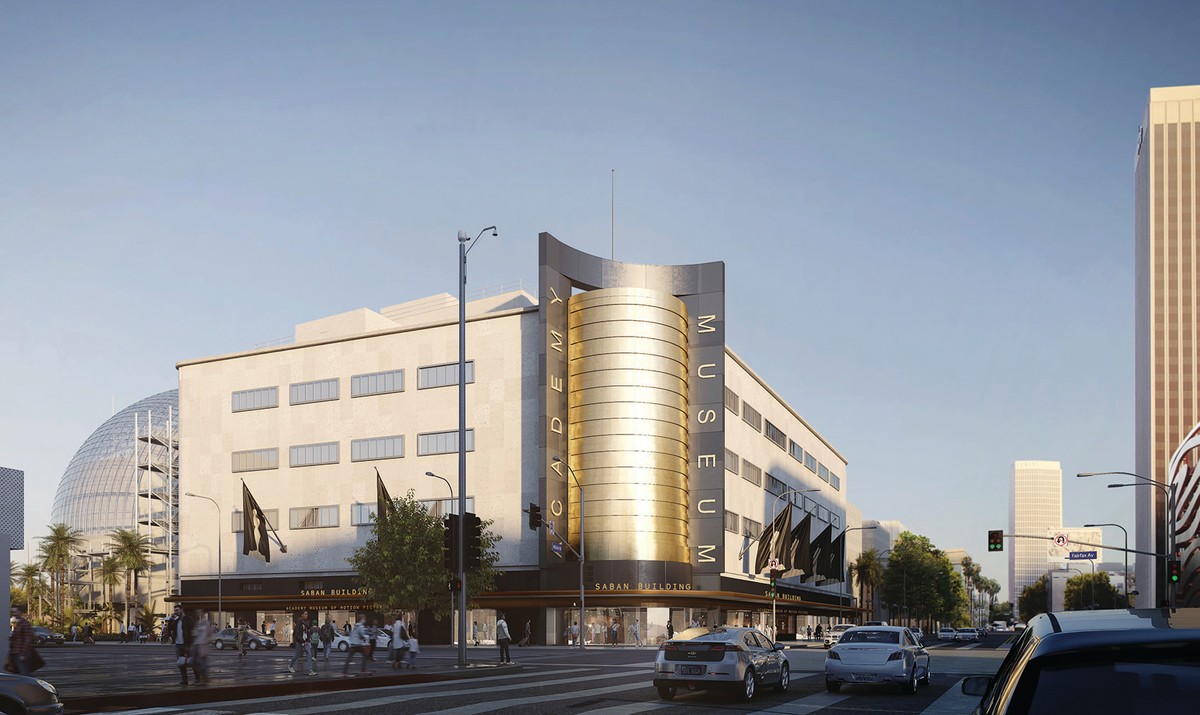 The Saban building, is adorned by gold-leaf mosaic tiles from Italy.
Previous Article

Golf Homeownership Is Heating Up, Even Where You’d Least Expect It