When most people picture the American Southwest, certain classic images come to mind: desert scenes filled with exotic plants and cactuses; sprawling pink sunsets; and the modest square, earth-toned adobe houses that have been the region’s architectural signature for centuries.

Known as Pueblo-style homes, these structures date back to the original Native American inhabitants of the area and have remained a staple over the course of centuries, and through waves of new colonizers and occupants. The buildings had a second boom starting in the 1920s when newer Pueblo-style homes (often built with more modern materials) came into vogue, leading to the so-called Pueblo Revival. 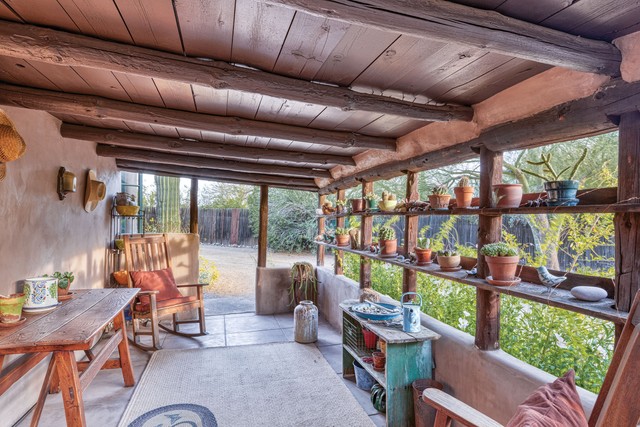 Rancho Arroyo, a 1926 Pueblo property in Phoenix, is on the National Register of Historic Places. It comes with a $1.5 million price tag.

Classic Pueblos are made out of thick adobe blocks, bolstered by sturdy wooden beams known as vigas that are often exposed at the end, one of the hallmarks of this style of architecture. “The Native Americans here along the Rio Grande river have been building with adobe for centuries,” says Jon Dick, an architect with Santa Fe-based firm Archaeo Architects. “And the term Spanish Pueblo Revival style incorporates both Pueblo, from the Native Americans, and the influence of the Spanish who came over to Mexico and brought the influence of their traditions as well. There’s a multicultural character to the architecture.”

These classic features are on display at Rancho Arroyo, a 1926 Pueblo Revival property in Phoenix, which is on the National Register of Historic Places. The $1.5 million listing “is a timeless example of the Pueblo Revival architectural style with its clean lines, flat roofs, and hand-hewn vigas and lintels,” says David E. Smith, an agent with Russ Lyon Sotheby’s International Realty who represents the property.

A private walkway at Rancho Arroyo. 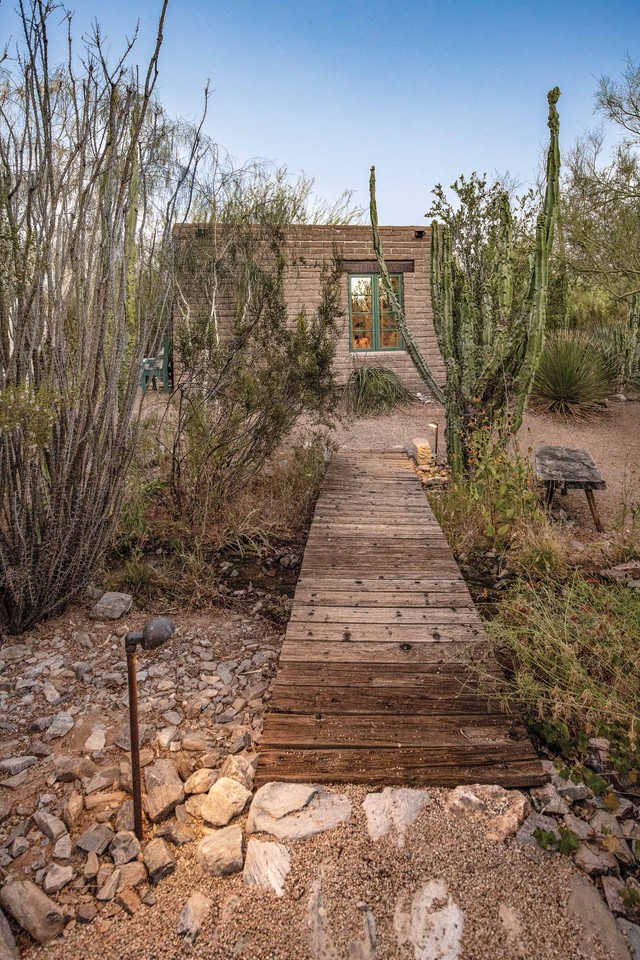 Though many Pueblo homes have now been outfitted with air conditioning, their original design—including the thick adobe walls and small, recessed windows—continues to be a canny solution to climate control in the face of high desert heat and dramatic temperature drops in the evening.

“People didn’t put in air conditioning years ago, and you can manage a Pueblo house by opening the windows and getting a beautiful cross-ventilation at night when the air is cool and clear,” says Tim Van Camp, an agent with Sotheby’s International Realty in Santa Fe. “Then in the daytime you close the windows, put down the drapes, and it will stay relatively cool.”

“The genesis of the style so to speak is pure function,” says Rox Stewart, an agent with Sotheby’s International Realty in Scottsdale, Ariz. “Thick walls, smaller windows; these were low-profile buildings physically, designed to protect the people from the climate.” 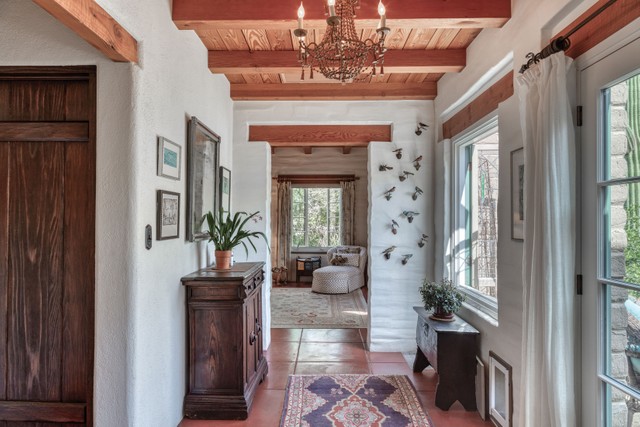 And while much of these homes’ enduring appeal is organic, in some areas, their status as a signature local aesthetic is no accident.

“In the 1950s, Santa Fe established their historic design ordinance,” Van Camp says, and since then, any construction or remodeling in the city’s historic districts has been required to adhere either to the Spanish Pueblo Revival or Territorial Revival styles.

Whether it’s a remodel of an older home or brand-new construction, Van Camp says “it has to fit, and to look like it’s been there and is in the same style.” For many buyers, this remains part of the overall appeal of the Southwest.

“A lot of homes on the resale market are still older Pueblo homes and people still come here and look for that,” Gorges says. “They want that dark, woody, adobe experience, and in Santa Fe they can still find a home that I would consider that deep Santa Fe style, which is a complete throwback to the old Pueblo style.”

Buyers and builders interested in more modernized versions of the Pueblo style in Santa Fe tend to take their search outside of the immediate city center and its historic districts.

“The closer you are to the core historic district [in Santa Fe], the more stringent the code is going to be,” Dick says. “Farther out, we’re more at liberty to do more contemporary work. I introduce walls of glass that slide into a pocket and open up onto a porch. Natural light is beautiful here and can be a defining element. We’re still respecting the [architectural] vernacular but reinterpreting it with a more contemporary feel, and that’s really caught on.”

And even the older-style properties leave room for modernization on the interior. “These days people are realizing that Pueblos are homes with very clean lines, which lends itself to more of a modern look inside,” Smith says. “We have a lot of Tuscan homes that were built in the 2000s and are difficult to work with, but a nice clean-line Pueblo, that square box, is almost like a blank slate. And they’re well-constructed homes. There’s no caution for them.”

Ultimately, though, it’s their distinct regional character that keeps buyers coming back to Pueblos decade after decade. “We don’t bring a lot of brick or East Coast styles out here,” Smith says. 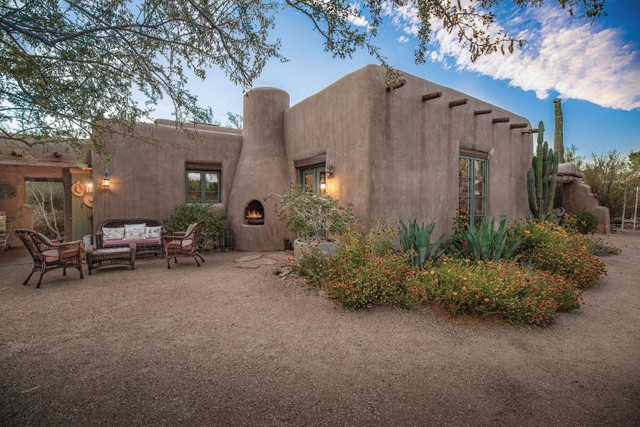